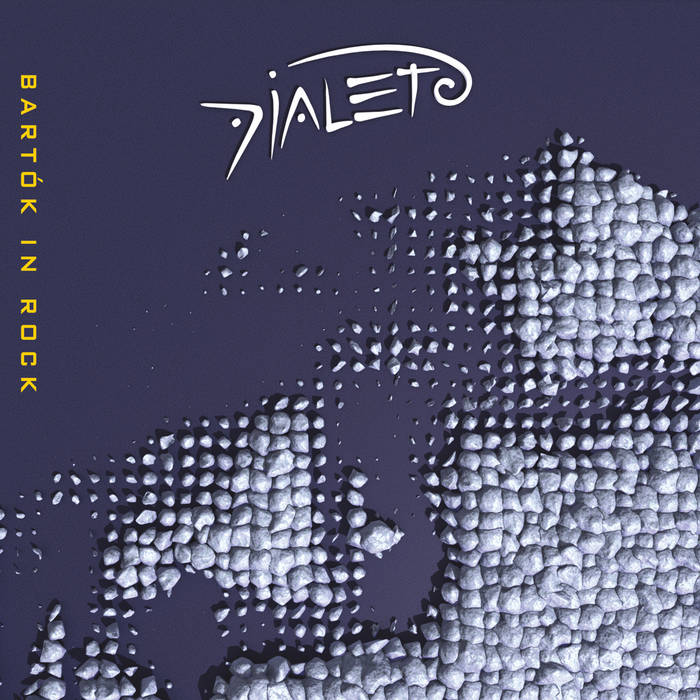 Bartók in Rock, as the name suggests, is a set of Béla Bartók compositions freely adapted by the band to their particular rock language, full of intense improvisations.

"There is much talk these days, mostly for political reasons, about the purity and impurity of the human race, the usual
implication being that purity of race should be preserved, even by means of prohibitive laws.
...
Contact with foreign material not only results in an exchange of melodies, but-and this is still more important-it gives an
impulse to the development of new styles.
...
It is obvious that if there remains any hope for the survival of folk music in the near or distant future...an artificial erection of Chinese walls to separate peoples from each other bodes no good for its development.
A complete separation from foreign influences means stagnation: well assimilated foreign impulses offer possibilities of
enrichment."

We all were raised in the state of São Paulo, Brazil, where people, migrated from all over the world, live together exchanging many cultural and life experiences.
We also grew up listening to great American and European rock bands such as King Crimson, Jimi Hendrix, Led Zeppelin, Deep Purple, Santana, Frank Zappa, Black Sabbath, Mahavishnu Orchestra and many others.

With all this cultural background, and also with influences from folk eastern music, the band constructed their original and peculiar sound based on the ideal of cultural and ethnic integration, on the concept that the world, as seen from the space,
has no frontiers and any language is completely understandable if translated to music.

With thanks to Leonardo Pavkovic, Miguel Angel and Alex Nascimento

Dedicated to the memory of Keith Emerson, Greg Lake and John Wetton

DIALETO is an Art-Rock / Prog-rock band formed in Brazil in 1987.

The band today is formed by Nelson Coelho on guitar, Gabriel Costa on bass and Fred Barley on drums.

Bandcamp Daily  your guide to the world of Bandcamp

Serena Cherry debuts her black metal project, plus a Pick from the Crypt block from Svalbard